It’s been a couple of weeks since we’ve offered any specials, and that might just be too long.

Through our partnership with the fine folks at Kobo, we are offering discounts on the following titles over the holiday weekend.

Hurry! this offer is good for one book, and ends Monday. Click here for more information on Fiction River: Time Streams, Bleed Through, or Diving Into the Wreck. 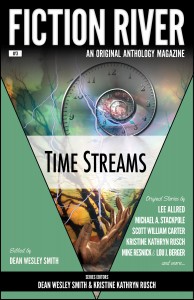 Time travel in all its forms—good, bad, and terrifying—appears in this anthology. From the wild visions of Ray Vukcevich , Lee Allred, and Robert T. Jeschonek to the bestselling imaginations of Mike Resnick, Kristine Kathryn Rusch, and Michael A. Stackpole, Time Streams will turn the time-travel genre on its head. 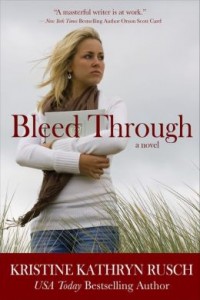 Former journalist turned journalism teacher Larissa Johanssen moved back to her hometown to escape the violence she once covered on a national stage. Until that violence strikes her high school, her students. Now, she must help her students deal with the type of coverage that drove her to the breaking point. And she must revisit parts of her past she thought long buried—and separate truth from fiction to finally begin to heal.

[Rusch] is one of those very few writers whose style takes me right into the story—the words and pages disappear as the characters and their story swallows me whole….Rusch has style.
—Charles de Lint 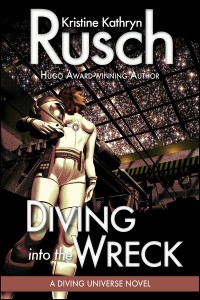 This is classic sci-fi, a well-told tale of dangerous exploration.  The first-person narration makes the reader an eyewitness to the vast, silent realms of deep space, where even the smallest error will bring disaster. Compellingly human and technically absorbing, the suspense builds to fevered intensity, culminating in an explosive yet plausible conclusion.” —RT Book Reviews Top Pick