A series, a serial killer, and a serious mystery

Even out of our time, serial killers fascinate us. Take Jack the Ripper. Just last year the news was abuzz with the claim that the infamous but unnamed Jack the Ripper had finally been identified. Doubt was later cast upon the DNA identification process, but the attention this discovery garnered proves that time does not diminish the thrall of a mystery. 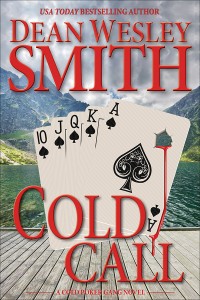 So, why am I thinking about serial killers this week, you ask? Because a serial killer draws the attention of the Cold Poker Gang in Dean Wesley Smith’s latest novel, Cold Call.

When Retired Detective Bayard Lott offers to help Retired Detective Julia Rogers search for her lost friend near a remote Idaho lake, they find clues that might lead them directly to the most dangerous serial killer in Las Vegas history.

Set in the rugged mountains of Idaho, this twisted mystery that pits the Cold Poker Gang against a master criminal. 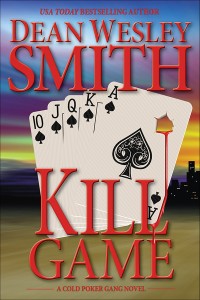 If you’ve missed this series so far, you might want to consider going all in. The Cold Poker Gang mystery series (Kill Game, Cold Call and Calling Dead [coming in May]) crosses over with Dean’s Doc Hill thriller series (Dead Money, The Road Back). The main characters of each series tend to show up in the other—as Doc and Annie do in Cold Call—and although one series is mystery and one is thriller, both are bound to hold you fast.

Exhilarating, indeed. And Cold Call features one clever serial killer. Although his identity becomes known early on, that detail only ratchets up the suspense as to whether the gang can catch him—without losing one of their own.

So, whether you’re stuck inside because of one more massive snowstorm or just sick of winter weather, you’ve got something to carry you through until spring. Just make sure you don’t read this lakeside. You’ll see why soon enough.