I love series. And I’m not alone. We readers tend to enjoy an ongoing storyline as we become fond of the characters and the world the writer has worked so hard to craft.

Sometimes, a series continues along with relative stability. And sometimes a series has a major event that shifts the storyline to somewhere else entirely.

But more about that in a minute.

The most dominant example that comes to mind of using storyline-shifting series events is Doctor Who, in which the Doctor’s regeneration opens the door not only for a new actor but also for a new storyline direction. If you’re a Doctor Who fan, I need not say more. But if you aren’t, you can read more here [http://en.wikipedia.org/wiki/Doctor_Who]. Each new Doctor changes the series, but the basic premise remains the same.

So, really, this is more of a somebody shift. But I mentioned a somewhen shift earlier. Well, that type of shift happens when a story jumps in time. Or jumps differently in time, as is the case with Dean Wesley Smith’s series Thunder Mountain.

You see, for most of the Thunder Mountain series, the main characters traveled back in time to the Old West. But with the sixth book in the series, Warm Springs, we see characters travel forward in time. And this will change everything.

Belle returns to her old hometown, looking for clues as to what happened to her great-great-grandmother a hundred years in the past.

Zane, on a secret mission into the past, never expects to meet the woman of his dreams.

A complex time travel novel that explores alternate realities, a future no one wants to face, and sets the Thunder Mountain universe going into the future. 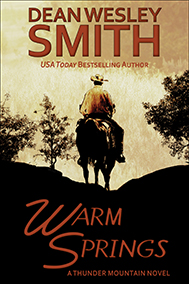 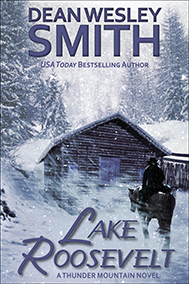 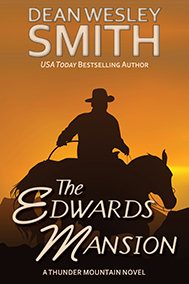 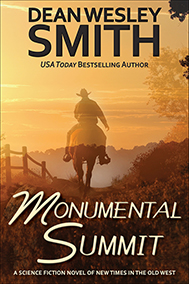 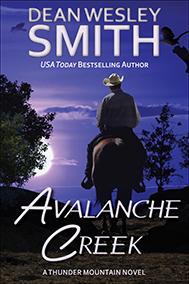 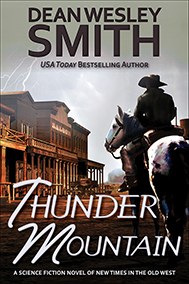 Knowing Dean, he’ll have more surprises in store once he returns to this series. But for now, he has set up a very satisfying arc from the Old West to the far future as well as the concept of time travel itself.