Publisher’s Note: Love is in the Pages

It’s that time of year again. Hearts, flowers, the love, the loathing. Well, it depends on your perspective. But Valentine’s Day is almost here.

Chocolates are pretty standard fare, too, but let’s face it. They’re made of chocolate. Who can turn down chocolate? Not me.

But I enjoy creativity on conscripted holidays. So, this Valentine’s Day, I have a suggestion: Pick up the Women in Fantasy StoryBundle for the person you love, be they your spouse, partner, friend, what have you. 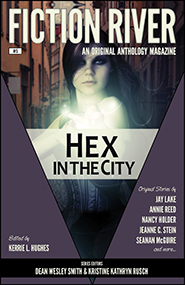 And here’s the story behind the StoryBundle:

“The Women in Fantasy Bundle sprang forth because of something that happened last year. Our curator Kristine Kathryn Rusch discovered that much of the history of women in the science fiction and fantasy field has been forgotten. It’s really true of science fiction—so true that she’s done a series of projects to revive some of the lost/ignored works by women in sf, including a successful StoryBundle last August.

“Women have a stronger presence in fantasy. We practically own the urban fantasy genre. High fantasy—that kings and queens stuff—seems to be dominated by male names at the moment, but readers know that women have written some of the classics in that genre as well. In this bundle, she’s combined writers whose work has spanned decades with writers who came to prominence in the 21st century. Some of the best of the best here, things you might have missed because of the attention paid to the more traditional stuff.

“These writers build worlds, new worlds, worlds we’ve never seen before. The novels and novellas here are just a taste. Once you sample the work of these writers, you’ll want to read so much more. And there’s more available. Use this as your introduction to the work of great writers.”