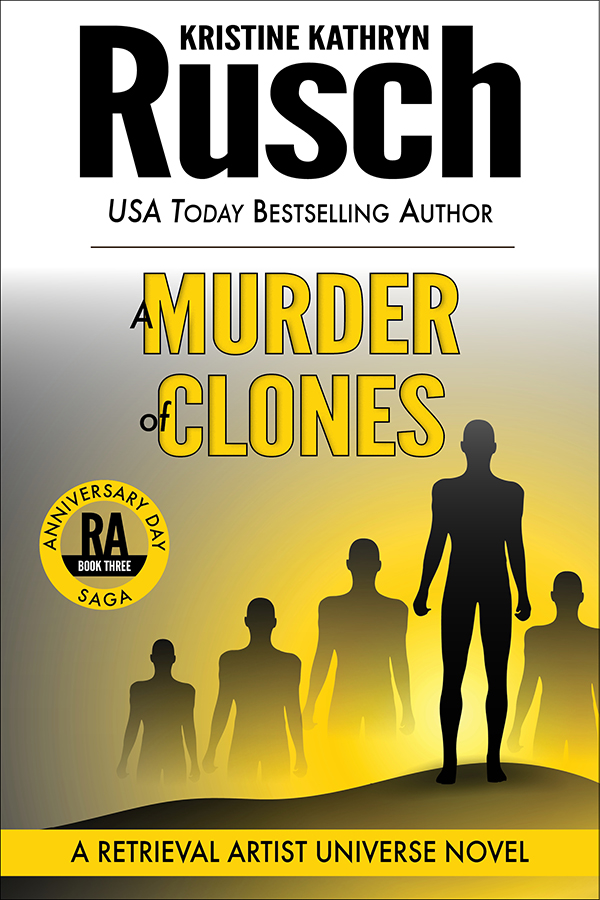 A Murder of Clones

The Anniversary Day bombings on the Moon sent shockwaves throughout the Earth Alliance. No one knows who created the clones responsible and turned them into ruthless killers. No one knows where or when they’ll strike next.

The bombings compel Earth Alliance Frontier Marshall Judita Gomez to launch an unauthorized investigation into a case from her past involving the murder of clones. An investigation that might cost Judita not only her career but the lives of her crew.

“Fans of Rusch’s Retrieval Artist universe will enjoy the expansion of the Anniversary Day story, with new characters providing more perspectives on its signature events, while newcomers will get a good introduction to the series.”
Publishers Weekly