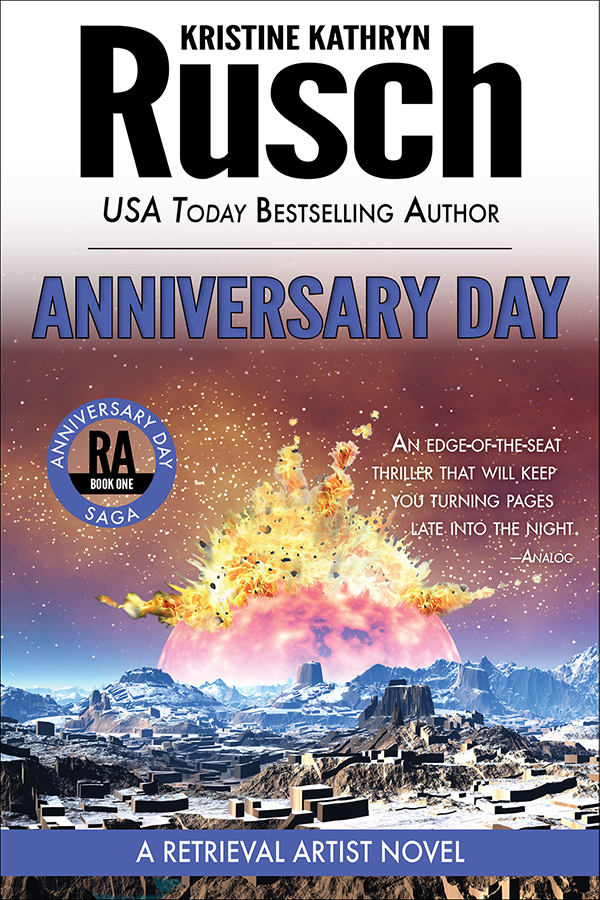 Four years ago, a bomb destroyed part of the dome protecting Armstrong, the largest city on the Moon. Now, as the city celebrates its survival with an event it calls Anniversary Day, a larger threat looms—one that begins with the murder of the mayor, and spreads across the Moon itself.

Even with every new technological device at her disposal, Moon Security Chief Noelle DeRicci can’t stay ahead of the unfolding disaster. As the situation gets worse, Retrieval Artist Miles Flint hurries to his daughter’s school to protect her. And Detective Bartholomew Nyquist finds himself in the middle of everything, from that first bombing to the Anniversary Day crisis itself.

A thriller with several mysteries at its core, Anniversary Day is Kristine Kathryn Rusch’s most exciting Retrieval Artist novel yet.

Set in the not too distant future, the latest entry in Rusch’s popular sf thriller series (The Disappeared; Duplicate Effort) combines fast-paced action, beautifully conflicted protagonists, and a distinctly “sf noir” feel to tell a complex and far-reaching mystery. VERDICT Compulsively readable with canny plot twists, this should appeal to series fans as well as action-suspense readers.
<i>Library Journal</i>