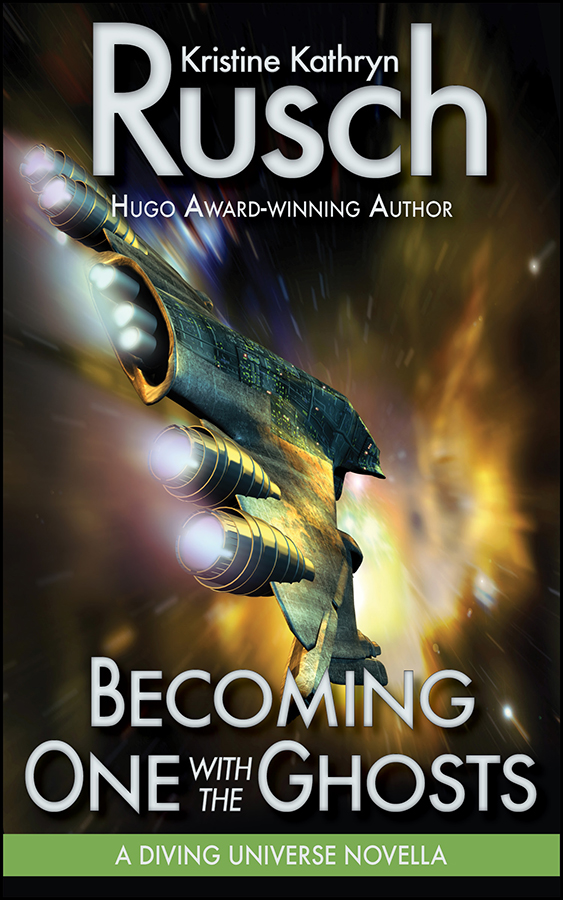 Becoming One with the Ghosts:
A Diving Universe Novella

The Fleet. In Boss’ time, a thing of legend. Long before Boss and her crew found their first Dignity Vessel, long before the Room of Lost Souls claimed its first life, the Fleet used its advanced technology to explore the galaxy. But even in its heyday that technology sometimes malfunctioned. And occasionally, that malfunction exacted an unfathomable price.

Winner of the 2010 Asimov’s Readers’ Choice Award and coming in third place in the prestigious international UPC Contest, Becoming One with the Ghosts tells the story of Captain Jonathon “Coop” Cooper and the crew of the Ivoire—a story that began in Becalmed—and their ill-fated journey out of foldspace.

The Becoming One with the Ghosts novella also appears in a slightly different form in its entirety in the novel City of Ruins.

“Becoming One With the Ghosts” is a science fiction mystery with a creepy around the edges feel.