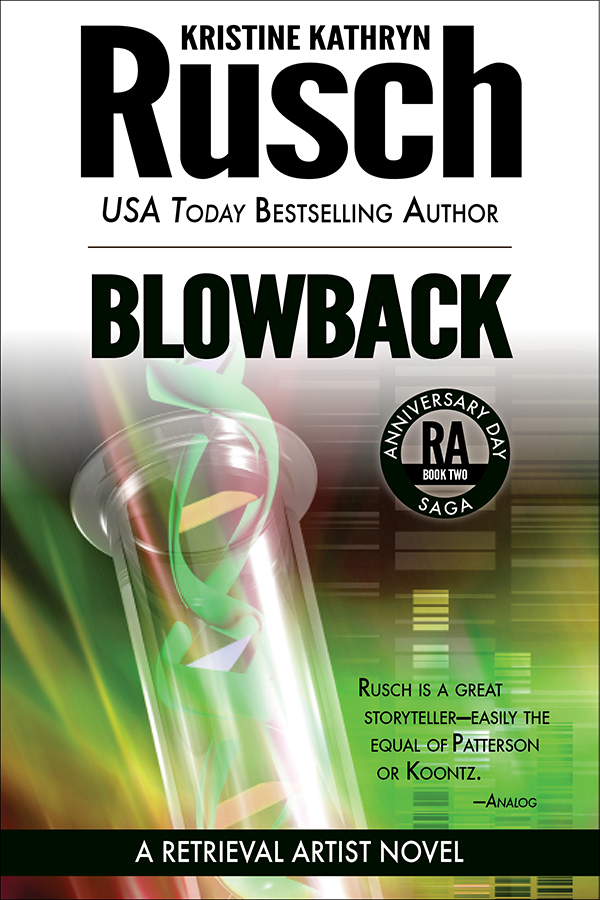 The Moon, shaken by the Anniversary Day tragedies, deals with devastation. The Earth Alliance believes another attack imminent, but no one knows where or when it will strike. Just like no one knows who ordered the attacks in the first place.

The Moon’s chief security office, Noelle DeRicci, does her best to hold the United Domes government together. But Retrieval Artist Miles Flint, dissatisfied with the investigation into the Anniversary Day events, begins an investigation of his own. He builds a coalition of shady operatives, off-the-books detectives, and his own daughter, Talia, in a race against time. A race, he quickly learns, that implicates organizations he trusts—and people he loves.

Rusch offers up a well-told mystery with interesting characters and a complex, riveting storyline that includes a healthy dose of suspense, all building toward an ending that may not be what it appears.
<i>RT Book Reviews</i>