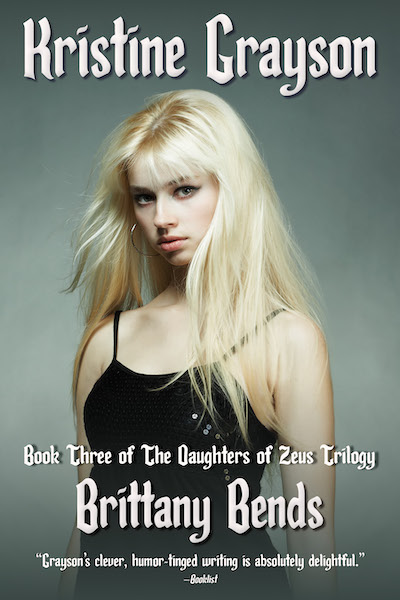 Book Three of the Daughters of Zeus

Brittany misses her sisters—and her magic. After being fired from her job as Interim Fate—which she only had because her dad, Zeus (yeah, the Zeus), tried to get rid of true love—Brittany finds herself living with her mom and stepfather in someplace called Superior, Wisconsin. Oh, and her eight half and step siblings live there, too.