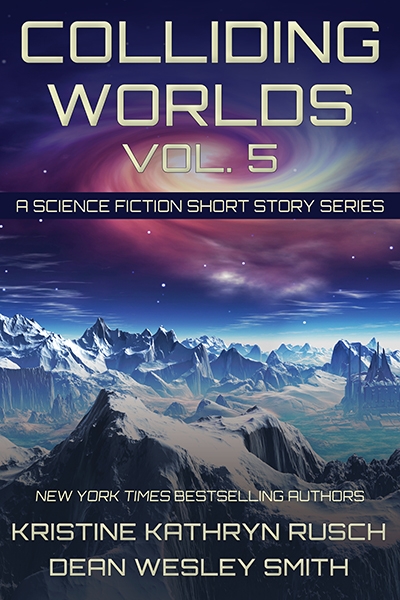 The Fifth Volume in the Acclaimed Series!

Volume 5 tackles the topic of war. Rusch leads the volume off with “Embedded” about a jaded reporter who finds himself decidedly out of his element. Smith, with a more whimsical approach, tells the tale of a quiet nursing home where the elderly Brian Saber hides out between missions to outer space as a young Captain Brian Saber in the Earth Protection League.