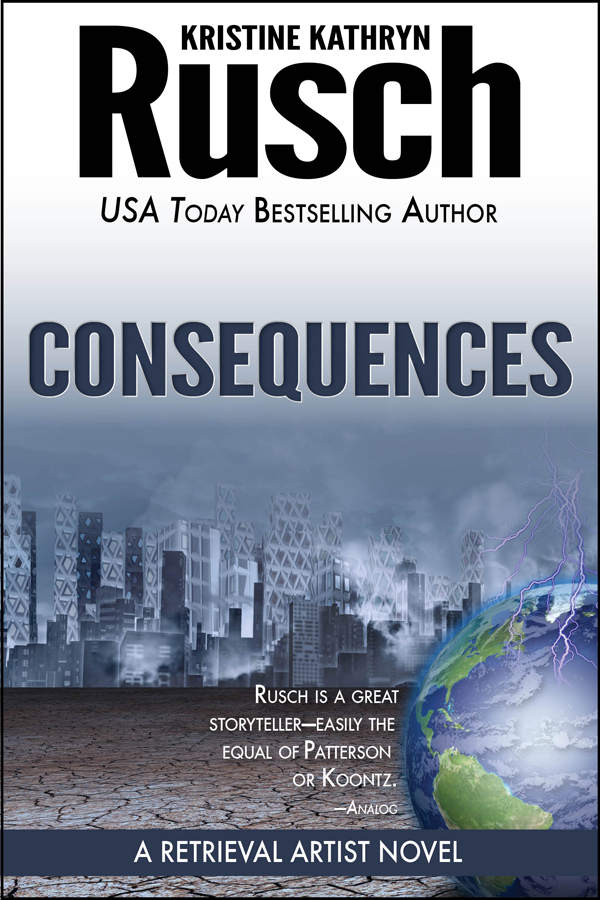 Get the ebook
Get the trade paperback
Get the audiobook

A woman dies in the domed city of Armstrong on the Moon. Detective Noelle DeRicci discovers that the victim is a Disappeared—an outlaw in hiding wanted for crimes against an alien civilization. Only DeRicci’s old partner, Retrieval Artist Miles Flint brought the Disappeared home, something he would have only done if he believed the alien government would exonerate her for her crimes.

But Flint and DeRicci are no longer partners; in fact, they’re on opposite sides of the law. Flint can’t tell DeRicci about his client’s role in a war between humans and a mysterious alien race. The Disappeared’s death is only the first volley in an escalation of that war, a war that threatens to engulf the entire solar system.

“Miles Flint is back in this third volume of Kristine Kathryn Rusch’s Retrieval Artist series, and the stakes have never been higher, the bad guys never so bad, and the risk of personal catastrophe never more imminent. In short, Rusch has outdone herself.”
Wigglefish.com