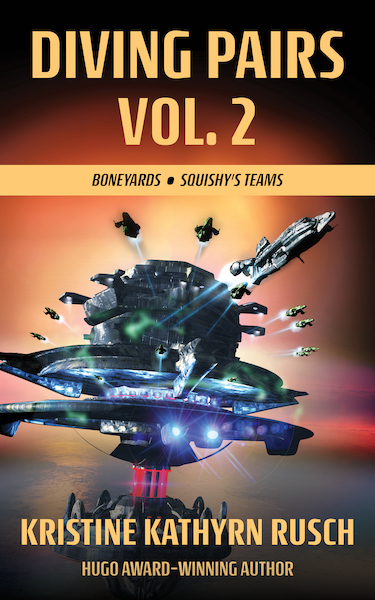 WMG Publishing presents the explosive adventures of Boneyards and Squishy’s Teams in one thrilling pairing.

Diving readers know that Squishy enlisted others to help her destroy stealth tech in the novel Boneyards. But exactly what happened to those teams remained a mystery—until now.

Ten people signed up to help Squishy in her fateful mission. Only five returned.

Paired up in teams of two, they set out across the Enterran Empire to infiltrate and sabotage the Empire’s bases used to back up their stealth tech research.

But what exactly happened on those bases? Who survived? Squishy’s Teams provides the answers to those burning questions and reveals twists to the ongoing saga no one sees coming.

“Rusch follows Diving into the Wreck and City of Ruins with another fast-paced novel of the far future.”
—Publisher’s Weekly on Boneyards