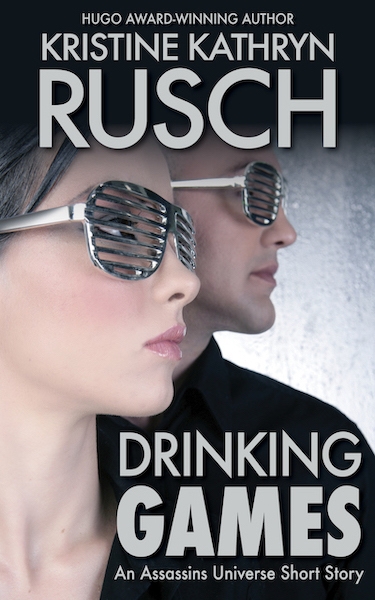 Rikki doesn’t need help, even sexy blue-eyed help. Yet somehow, she can’t get rid of this handsome man, despite the fact that getting rid of people is her job.

The story that inspired Rusch’s novel Assassins in Love, which she wrote under the pen name Kris DeLake, “Drinking Games” takes love—or at least lust—to a whole new level.