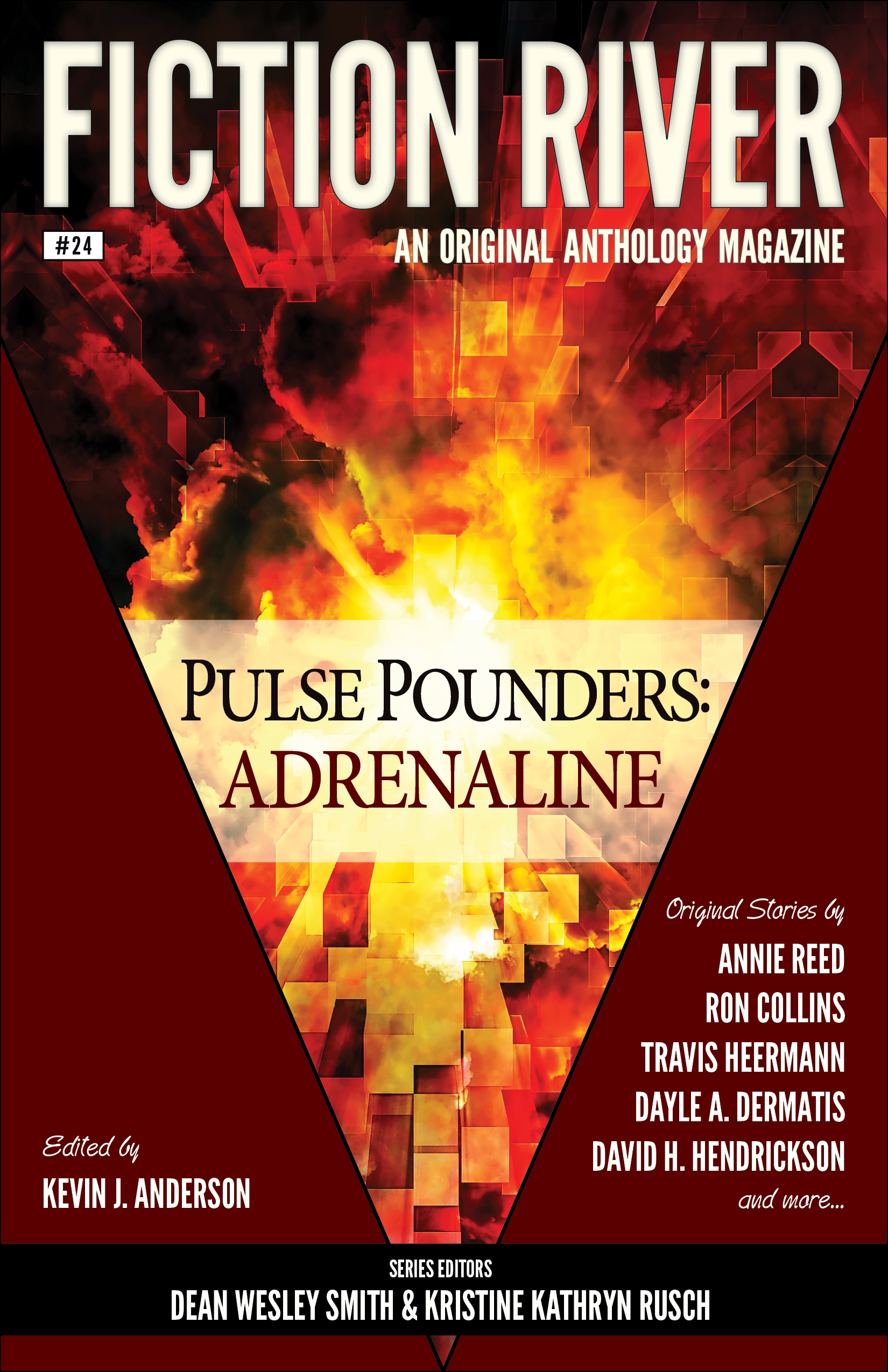 Adrenaline. Ranging from straight thriller to science fiction and fantasy to mainstream crime, these fifteen stories promise to make your pulse pound. Join an ex-president as he tries to escape the mother of all assassination attempts, a heroine on a mission straight from Hell, and a story of war so powerful it will burn into the memory. Strap in and find out why Adventures Fantastic says Fiction River “is one of the best and most exciting publications in the field today.”

Table of Contents
“The Wrong Side of the Tracks” by Kelly Washington
“The Ex” by Michael Kowal
“The Demon from Hell Walks into a Speakeasy” by Ron Collins
“Blood Storm” by Bob Sojka
“So Many Ways to Die” by Dayle A. Dermatis
“Egg Thief” by Debbie Mumford
“Dust to Dust” by Annie Reed
“O’Casey’s War” by Patrick O’Sullivan
“Looting Dirt” by David Stier
“The Mark of Blackfriar Street” by Scott T. Barnes
“Death in the Serengeti” by David H. Hendrickson
“Rude Awakening” by Kevin J. Anderson
“Cleaning up the Neighborhood” by Dæmon Crowe
“Redline” by Travis Heermann
“L.I.V.E.” by Eric Kent Edstrom

“… fans of the unconventional will be well satisfied.”
Publishers Weekly on Fiction River: Pulse Pounders