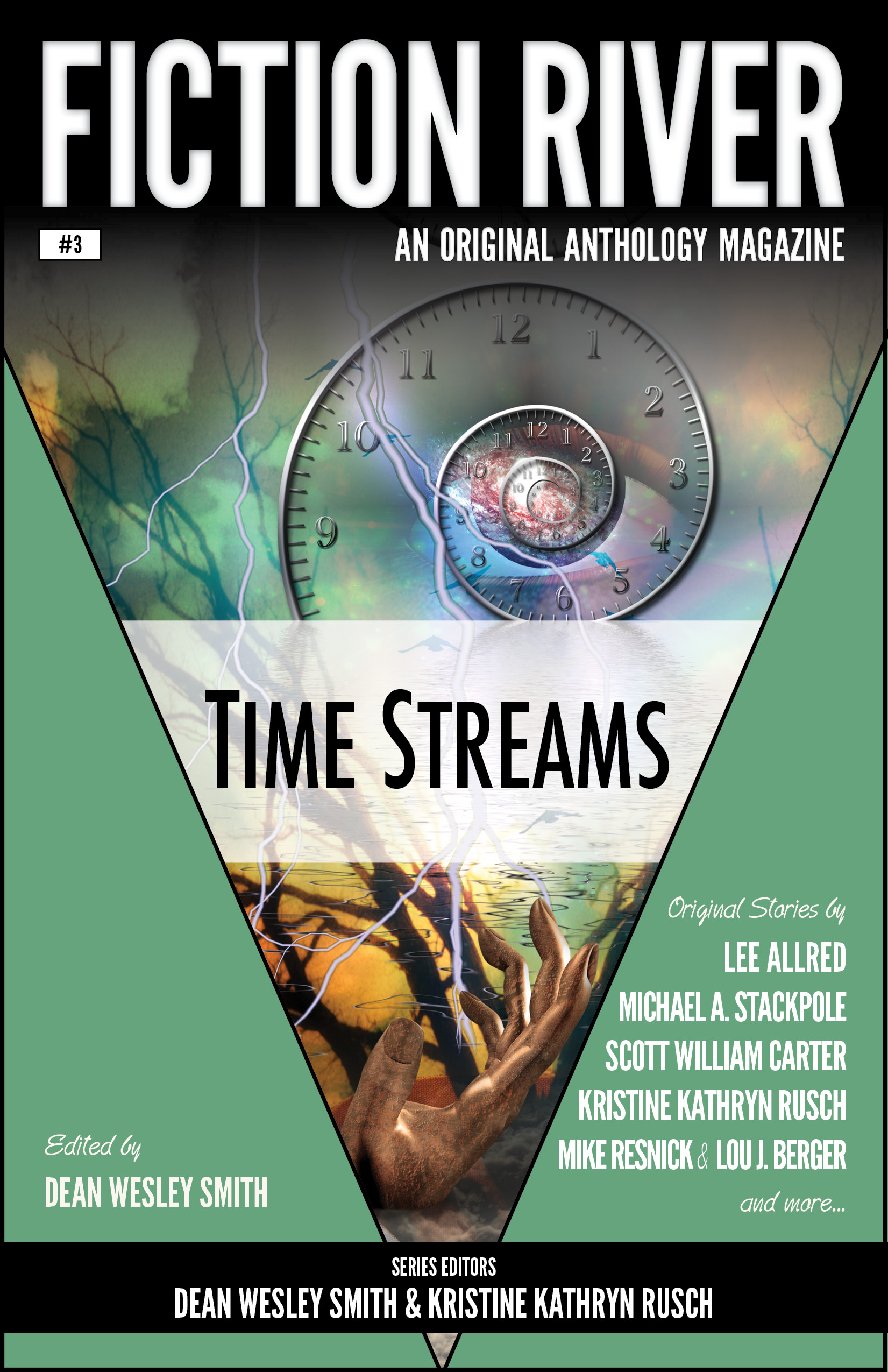 Time-travel stories open the entire world and all of time to writers’ imaginations. The fifteen writers in this third original anthology in the Fiction River line explore everything from Chicago gangsters to Japanese tsunamis, and travel from 2013 to the nineteenth century to a vast future. Featuring work from award winners to bestsellers to a few newcomers whose time will come, Time Streams turns the time-travel genre on its head.

“Love in the Time of Dust and Venom” by Sharon Joss

“This Time, I Return for Good” by Michael Robert Thomas

“The Elevator in the Cornfield” by Scott William Carter

“Your Permanent Record” by Ray Vukcevich

“Waiting for the Coin to Drop” by Dean Wesley Smith

“The Highlight of a Life” by Jeffrey A. Ballard

“Fix” by Michael A. Stackpole

“The Totem of Curtained Minds” by Ken Hinckley

“September at Wall and Broad” by Kristine Kathryn Rusch

“Time, Expressed as an Entrée” by Robert T. Jeschonek