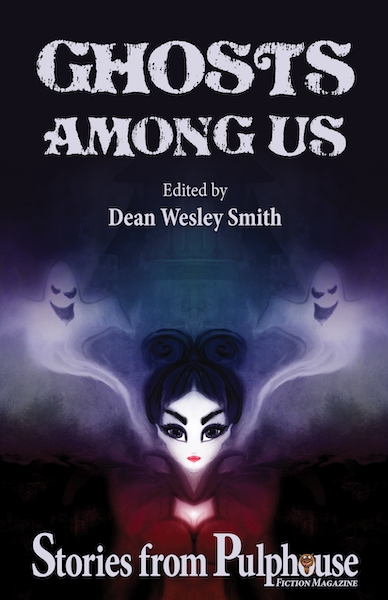 Ghosts Among Us: Stories from Pulphouse Fiction Magazine

From a story about a woman who must face her ghosts on Christmas Eve night, to a ghost detective stuck in his own cemetery helping other ghosts move on by solving their own murders, to a ghost who writes letters to the living—these ghosts seem more alive than dead. Their sagas just continue into another realm.

So, steel your courage and delve into these ten stories from the other side of the veil.

Includes:
“Death by Vodka” by Robert J. McCarter
“Dead Girlfriend” by Ray Vukcevich
“The Writing on the Wall” by Kevin J. Anderson
“The Dead on Somerset Hill” by Chuck Heintzelman
“Dreams of Memories Never Lived” by Rob Vagle
“Flowers for Mother” by J. Steven York
“Ghosts of Christmas Present” by Kristine Kathryn Rusch
“The Developmental Adventures of Phil” by Jason A. Adams
“Salt” by Thorn Coyle
“Just Desserts” by R.W. Wallace