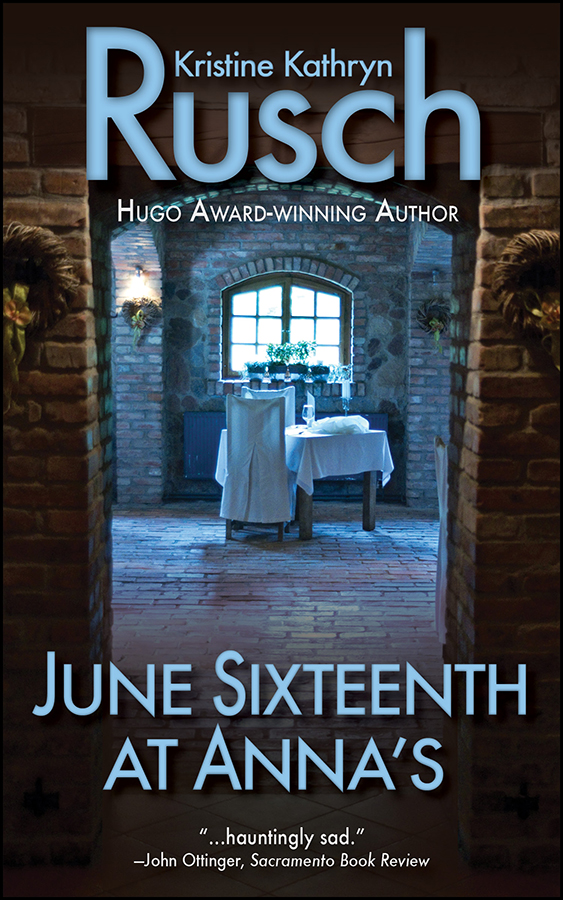 Leta has died, leaving her husband Mac with his memories and one famous holorecording. On June 16, 2001, Leta ate at a restaurant called Anna’s, and a time travel recording made of that day later became a sensation. Leta collected all of the versions of that recording, but Mac has never seen it. Until now.

Called “hauntingly sad” by the Sacramento Book Review, and chosen as one of the best science fiction stories of the year, June Sixteenth at Anna’s is one of Kristine Kathryn Rusch’s most memorable stories.

“…what a writer [Rusch] is. Her subject matter may cover the normal topics of science fiction and other genres, but the main memory you take away is the way she approaches the story and her unique vision for the characters.”