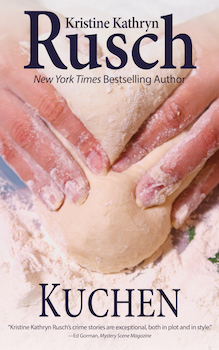 Lawyer F. Reed Hamlin has everything—money, success, a small amount of fame. But he doesn’t have close relationships. He doesn’t have family. Until he hears on the news that police have caught a Vietnam protester who bombed a munitions site. An anti-war radical who has hidden for twenty years. An anti-war radical who just happens to be Reed’s mother.

“Kristine Kathryn Rusch’s crime stories are exceptional, both in plot and in style.”