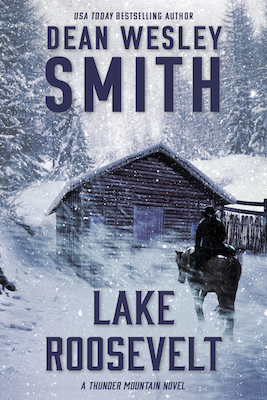 In a small diner on the Oregon Coast, Kelli Rae meets a handsome man named Jesse Parks. Turns out she had seen him in a picture taken in an old mining town in Idaho over a hundred years before.

And even worse, he had been following her.

A time-travel adventure in the popular Thunder Mountain series that promises to change everything about the series.

The fifth standalone novel in the popular Thunder Mountain series.

“Thunder Mountain by Dean Wesley Smith is one of those reads that defies genre classification. Take some romance, throw in a little bit of historical fiction and add a dash of time travel and science fiction and you have the basis for this interesting story.”