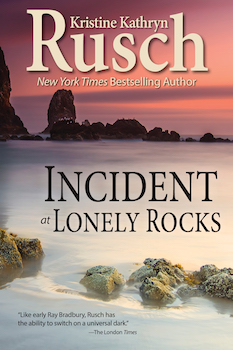 Oscar cleans portable toilets for a living. He loves the job—it takes him to beautiful isolated places, like the Lonely Rocks Wayside on the Oregon Coast. Nothing really grosses him out either—until he discovers the body, slashed to death, with a knife still in the chest. Then he sees a break in the guard rail above the ocean, a second car, a ruined bicycle, and Oscar realizes his troubles have just begun.