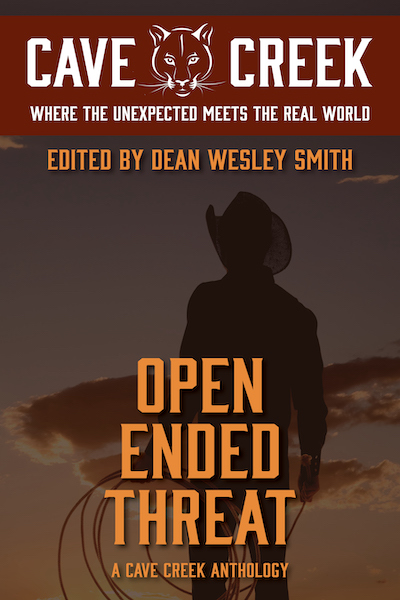 In present day Cave Creek, a powerful and dangerous current flows beneath the town’s peaceful and prosperous surface.

Strange, unexplained events long chased residents out of this former mining town nestled in a hidden canyon north of Las Vegas from the very beginning. The first anthology in this series, Bitter Mountain Moonlight, illustrated that.

But now, portals to other timelines appear and disappear in the desert and rocks around town. Sometimes the portals open only for seconds, other times long enough to threaten lives.

The stories in Open Ended Threat recount the stories of those who slip through from the future or the past and explain how the residents keep the town’s secrets.