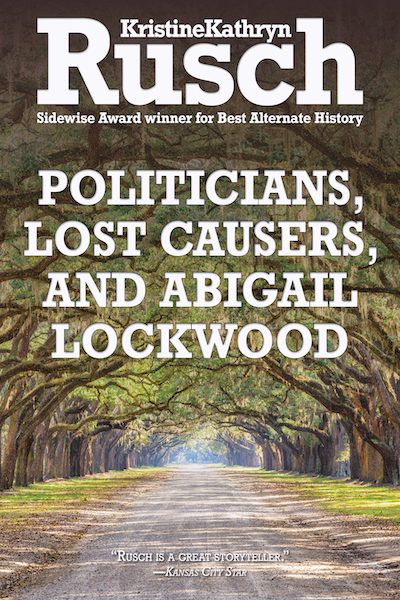 1912—In a world where President Andrew Johnson’s impeachment trial conviction guaranteed that Reconstruction not only had teeth but also continued into the 20th century, South Carolina stands out as a leader in change, a pioneer of laws that change the balance of power. This new United States, this new South, sees blacks and women rise to their rightful places of power alongside whites.

But that doesn’t stop Lost Causers from trying to return the country to its old ways.

So, when someone tries to stop presidential hopeful Kate Wells from speaking at an event organized by the influential Abigail Lockwood, Abigail knows the Lost Causers want to send her a message.

But her response might prove one they never expected.