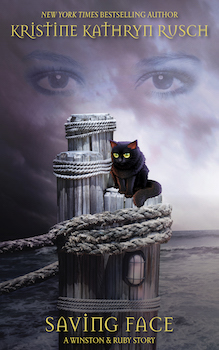 A beautiful but scared woman tries to hire Winston Karpathian, but for what, he has no idea. Winston has a small magic, nothing spectacular, and certainly nothing that can help a woman like that. He asks what she wants. Instead of answering, she flees his little magic shop—and shortly thereafter ends up dead.