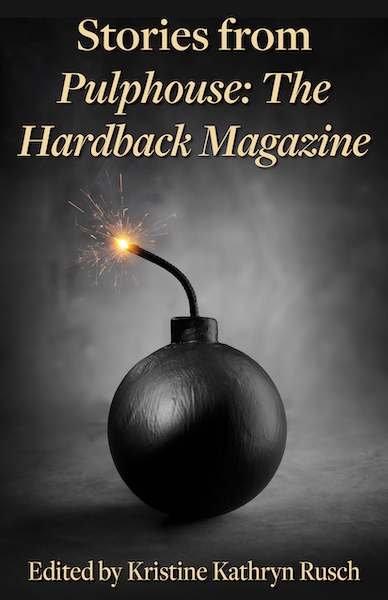 Stories from Pulphouse: The Hardback Magazine

Pulphouse: The Hardback Magazine changed the publishing landscape when the anthology series first appeared in 1988. The series won the World Fantasy Award as a recognition of the power of its fiction and the transformative nature of the publication. From the beginning, award-winning author and editor Kristine Kathryn Rusch demonstrated her talent for publishing the cutting edge of late 20th century short fiction—and much of it still slices pretty deep.

The stories in this volume still resonate in the 2020s. While some stories no longer define the cutting edge, they show how the short fiction field followed the template that Pulphouse laid out in its years of publication. Powerful, thought-provoking, well-told, these stories from Pulphouse: The Hardback Magazine will keep readers breathless on the edge of their seats.

Includes:
“While She Was Out,” by Edward Bryant
“The Murderer Chooses Sterility,” by Bradley Denton
“The Two-Headed Man,” by Nancy A. Collins
“Savage Breasts,” by Nina Kiriki Hoffman
“Bits and Pieces,” by Lisa Tuttle
“Willie of the Jungle,” by Steve Perry
“Clearance to Land,” by Adam-Troy Castro
“Soft Whisper of Midnight Snow,” by Charles de Lint
“Offerings,” by Susan Palwick
“On a Phantom Tide,” by William F. Wu