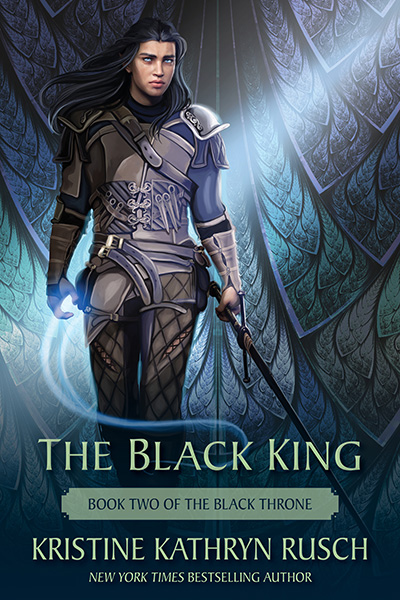 The Black King
Book Two of the Black Throne

While Gift makes his way to Blue Isle, and Rugad’s hold on Arianna’s mind strengthens, Gift faces impossible choices. As the fight for his sister’s soul rages to its thrilling conclusion, Kristine Kathryn Rusch’s masterful storytelling demonstrates that salvation demands the ultimate sacrifice.

From its fierce final battle to a decision that will change the world for generations to come, this epic masterpiece of the quest for power and the carnage left in its wake solidifies Rusch’s place as the greatest storyteller of our time.

“Kristine Kathryn Rusch integrates the fantastic elements so rigorously into her story that it is often hard to remember she is not merely recording the here and now.”