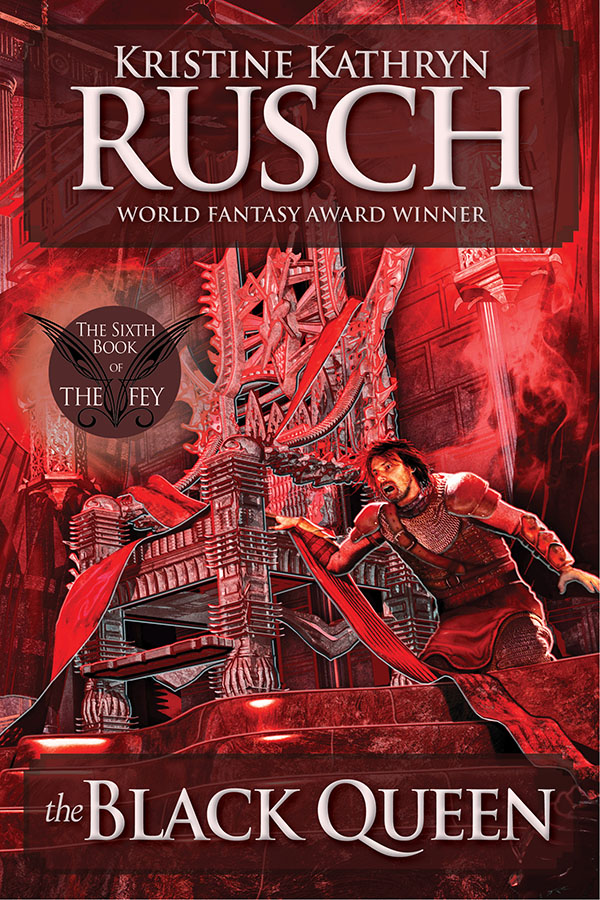 The Black Queen: The Sixth Book

FIFTEEN YEARS OF PEACE—SHATTERED BY A SMALL VOICE.

Peace marks Queen Arianna’s rule of the Fey Empire. Until a war begins inside her. A mysterious presence tries to take over her mind—one of the most magical and powerful brains in all of Blue Isle. The only person who can help her? Her brother Gift, the legitimate heir to the Fey Empire. He doesn’t know enough magic to save her, but he will find someone who can. But the Black Throne itself has other ideas. It wants Gift to rule the Fey. To do so, he must betray his family, betray his heritage, betray everything he believes in. If his sister loses control of the Fey, then the entire world will plunge into war. Will Gift allow that? Or will he step into his position as the rightful ruler of the Fey? Will he destroy the world or destroy his family? Will he let the Black Throne win?

“Like early Ray Bradbury, Rusch has the ability to switch on a universal dark.”