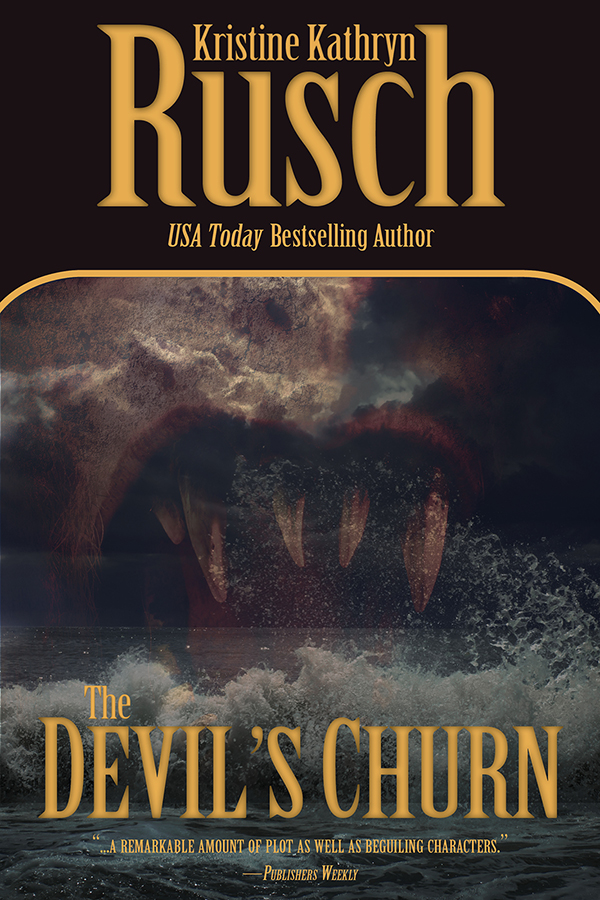 Fifty years after a stormy sea swallowed Spencer Chadwick at the treacherous Devil’s Churn, his old sweetheart, Addy, finds herself face-to-face with a past she hoped to forget. She fled Dory Cove after that fateful day and stayed away until now—until her mother’s death draws her back. And now, in her mother’s yard, she finds young Spence’s lookalike.

Soon, the people of Dory Cove discover the impossible—Spence has returned. But what happened all those years ago, and what brought Spence back, will threaten to uncover long buried secrets. Secrets the people of Dory Cove fear will unleash a horrifying power from the sea—a power that might swallow the entire town before anyone can stop it.

In The Devil’s Churn, bestselling author Kristine Kathryn Rusch creates a terrifying world where the dark depths of the Pacific Ocean unleash a secret evil lurking among the crashing waves.

“…a remarkable amount of plot as well as beguiling characters.”