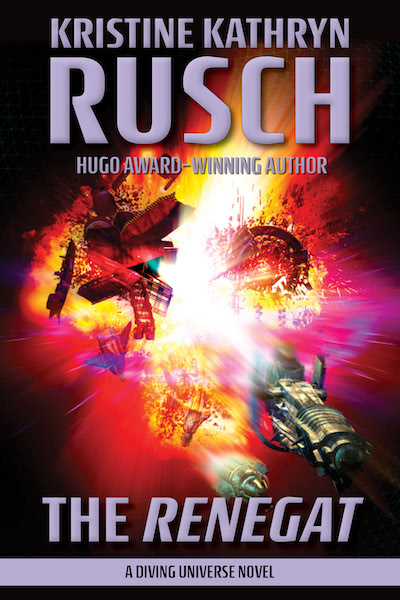 Get the ebook!
Get the trade paperback!
Get the hardcover!
Get the audiobook!

The Renegat: A Diving Universe Novel

As a young recruit, brilliant engineer Nadim Crowe accidentally destroys an entire Scrapheap full of ships. Now, decades later, he ends up on the crew of the Renegat, the only ship in the Fleet ever sent on a mission backwards to investigate an ancient Scrapheap.

Something invaded that Scrapheap and the Fleet wants to know what. Or who.

The Renegat: The only ship the Fleet dares risk. The Renegat: A ship of misfits and screw-ups sent on an impossible mission. All alone in deep space.

A thrilling new addition to the Diving Universe.

Rusch’s handling of the mystery and adventure is stellar, and the whole tale proves quite entertaining.

—Booklist Online on Diving into the Wreck