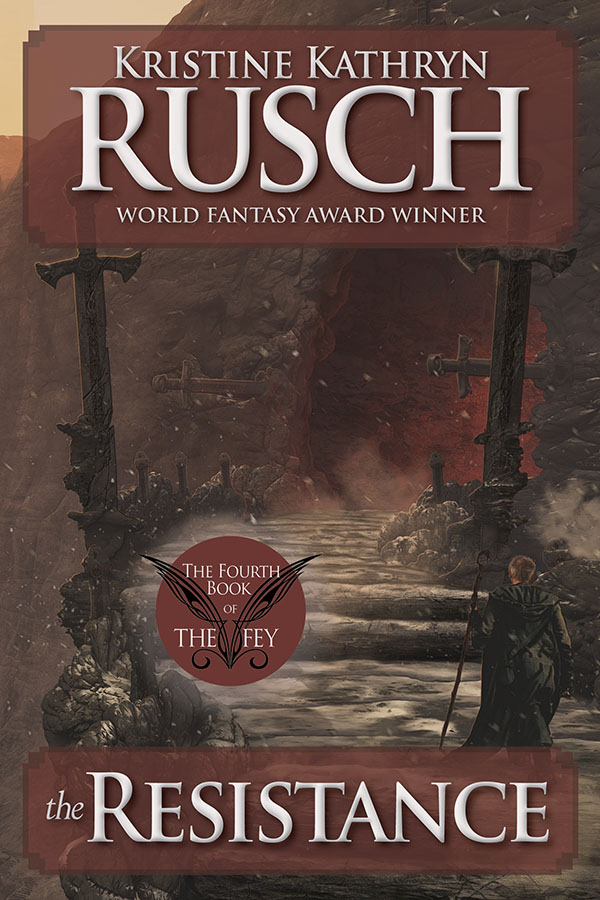 The Resistance: The Fourth Book
of The Fey

A RUTHLESS WARRIOR. A BRILLIANT TACTICIAN. ONE FAMILY. OPPOSITE SIDES.

The Black King of the Fey, Rugad, has conquered Blue Isle’s capitol city. He thinks he’s conquered the Isle itself, even though he can’t find its royal family. That family has retreated to the mountains. Exhausted but undefeated, they will regroup and attack again, this time with a new weapon, one that can change everything. As both sides gear up for a second round of terrible warfare, the Shaman has a Vision filled with death, destruction-and the source of Fey might: The Place of Power.

“Rusch’s greatest strength…is her ability to close down a story and leave the reader feeling that the author could not possibly have wrung any more satisfaction out of the piece.”