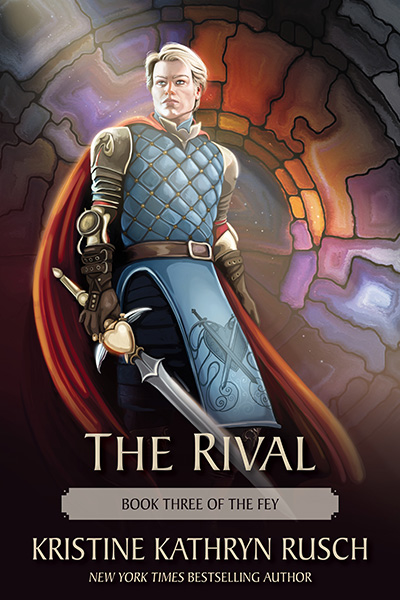 The Rival
Book Three of The Fey

Twenty years after they first tried to conquer Blue Isle, the Fey return to seize the strategic island, led now by the all-powerful Black King Rugad. But the epic battle between patriarchs over control of their joint heir threatens to annihilate both bloodlines. In a thrilling battle for the rule of two nations, Kristine Kathryn Rusch’s brilliant storytelling pits family against family in a gripping saga borne of love and power.

From its sweeping opening to a shocking attack, this no-holds-barred saga furthers Rusch’s mastery as the greatest storyteller of our time.

Rusch’s greatest strength…is her ability to close down a story and leave the reader feeling that the author could not possibly have wrung any more satisfaction out of the piece.”