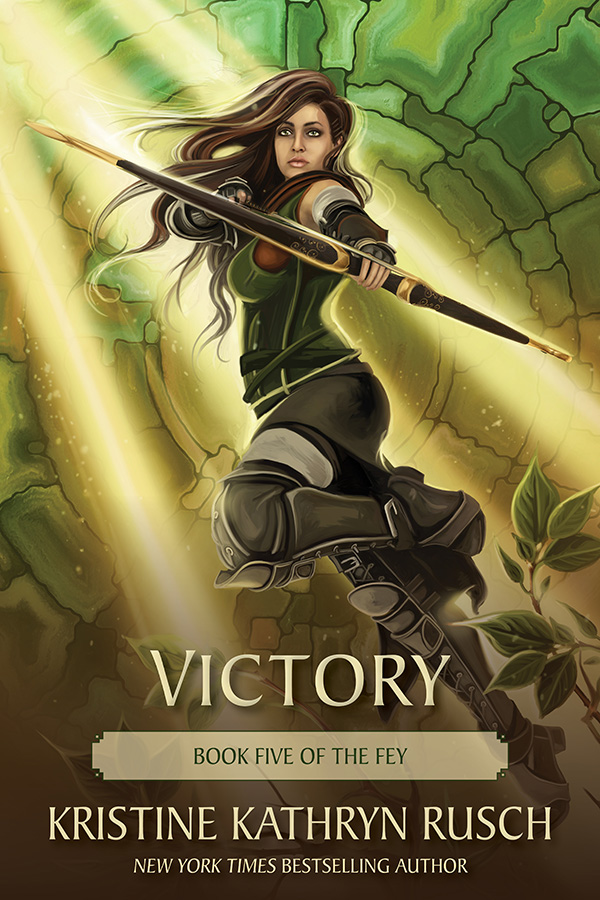 Victory
Book Five of The Fey

As the final battle of blood against blood looms, both sides face terrible choices. The clash of magic threatens to consume all in its wake, while the fate of Fey and Islander alike rests in one place: The Place of Power. As the brutal battle rages to its thrilling conclusion, Kristine Kathryn Rusch’s masterful storytelling demonstrates that victory demands the ultimate sacrifice.

From its fierce battles to the heartbreaking decisions forced by fate, this epic masterpiece of the quest for power and the fight for freedom solidifies Rusch’s place as the greatest storyteller of our time.

“A very good, very large fantasy…nicely done and with a particularly satisfying and unexpected resolution.”

—Science Fiction Chronicle on The Sacrifice