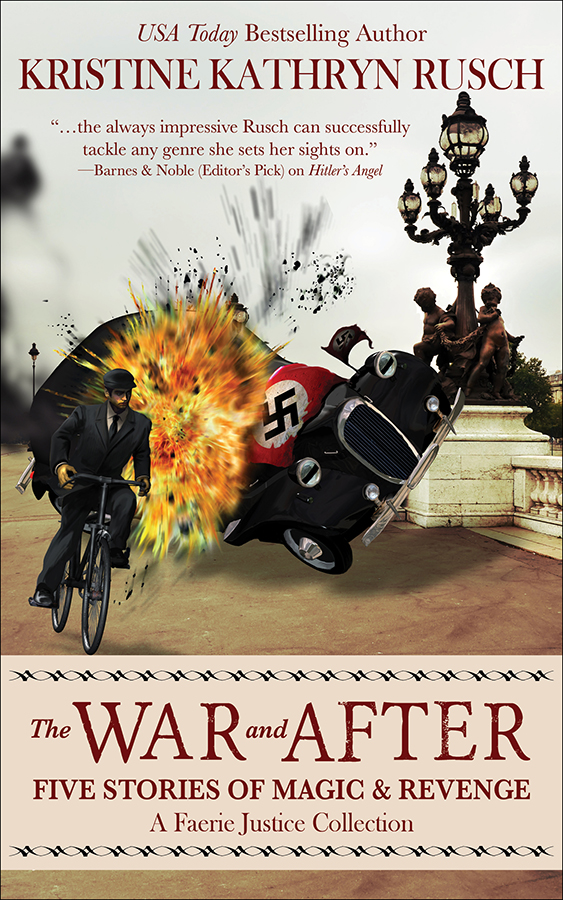 The War and After

The entire world convulsed in the middle of the 20th century. Everything changed—even the magical universe. From faerie to mages, from wizards to war criminals, the Second World War touched every single life.

The War and After explores the effect of the Second World War on the magical world in five different stories spanning thirty years—from the 1920s as the war glimmered in the distance to the 1950s when it had just barely passed. Included are “Corpse Vision,” “Dark Corners,” “Subtle Interpretations,” “Judgment,” and “The Thrill of the Hunt.”

“Like early Ray Bradbury, Rusch has the ability to switch on a universal dark.”
—The London Times