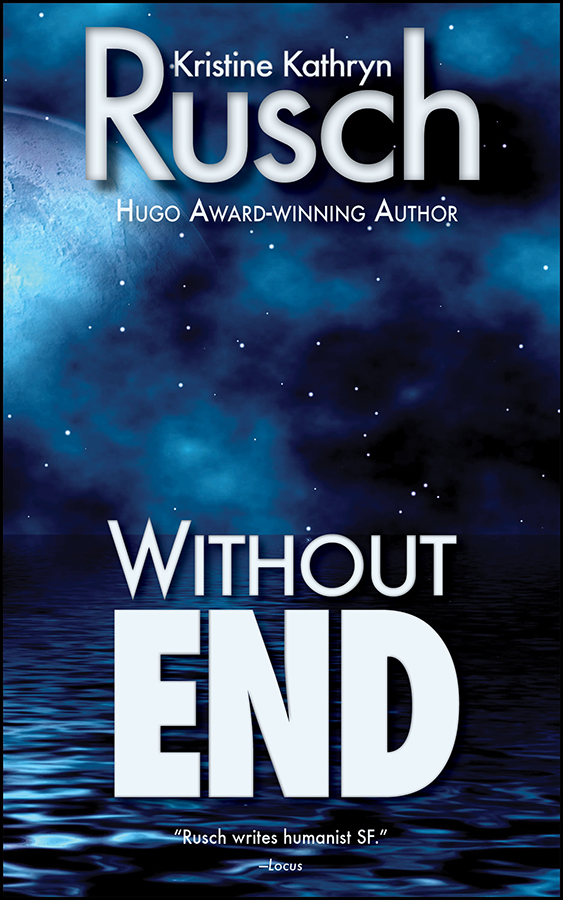 Dylan’s wife Geneva has died. Only Dylan doesn’t believe it. Not because he believes in ghosts, but because he believes in science. Geneva, a physicist, believed that linear time was just a perception, one humans could overcome. If she was right, then Dylan can change his perceptions and if he does that, then Geneva will live again. He has nothing to lose, and Geneva to gain.

Rusch writes humanist SF. Her lead characters (most notably the wife/brilliant physicist in “Without End”) exhibit lively intellects spurred on by keen imaginations, and are capable of both compassion and love. Such complex natures can lead to emotional suffering, but also to Rusch’s special version of the “happy ending”—a transcendence of grief, guilt, sometimes even mortality…