I’ll never forget listening to my first audiobook. It was a while ago (like the mid-’90s—on cassette tape, remember those?), and I don’t remember how I got my hands on an audiobook in the first place. But I did. And I chose a doozy: Interview with the Vampire. I’m not a horror reader, so I really don’t know what I was thinking, especially because I would listen to it as I drove home from my boyfriend’s house late at night (an hour-plus trip) on mostly deserted roads.

Clearly, I was having some sort of existential crisis.

The audiobook did two things: One, it made me realize that I might be able to read horror as long as it’s not too, well, horrible. Two, I discovered a whole new way to read—and still keep my eyes on the road.

I found listening to audiobooks in the car particularly useful in two rather disparate settings. One was Jersey, where my 31-mile commute could take anywhere from one-and-a-half to three hours, depending on traffic, weather and accidents. Granted, on really bad days, I’d be parked so long on the freeway that I could have read an actual book, but still…

The other place audiobooks are particularly handy is during the eight-hour drive across Kansas. I made this commute multiple times after my now-husband, who graduated from the University of Missouri School of Journalism a year before I did, moved from Columbia to Colorado. Let’s just say there’s not much to look at as you drive across Kansas. Thank goodness for audiobooks! 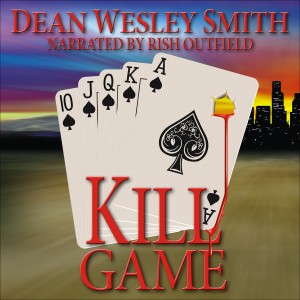 My need for audiobooks has changed as the years have passed. I don’t commute very far now, so I don’t tend to listen to my own books in the car anymore. Now that I have a four-year-old, I do listen to a lot of kids audiobooks: The Little Mermaid, Fox in Socks, The Cat in the Hat, There Was An Old Lady Who Swallowed a Shell…. You see who commands the stereo system these days.

But I do still listen to audiobooks for grownups (although who ever outgrows Dr. Suess?). I just listen to them at work now. You did know WMG produces audiobooks, right? If you didn’t, now’s a great time to check out our audiobook offerings.

We’ve just released Kill Game, the first of Dean Wesley Smith’s Cold Poker Gang mysteries, narrated by the talented Rish Outfield. Avalanche Creek, the third book in the Thunder Mountain series and which is narrated by the amazing Flora Plumb, will go live any day. Since the beginning of the year, we’ve seven additional titles: The Enemy Within, “The Impossibles: A Retrieval Artist Short Story,” Killing the Top Ten Sacred Cows of Publishing, Killing the Top Ten Sacred Cows of Indie Publishing, Dead Money, Discoverability, and The Early Conundrums: A Spade/Paladin Collection. 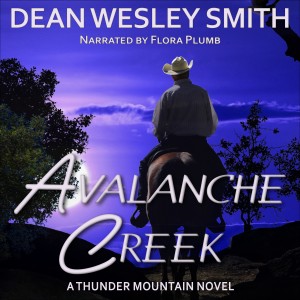 We’re also partnering with a new production company to bring more Fiction River volumes into audiobook in the near future (Year One is already available in audiobook).

So, if you have a summer road trip planned, you might want to stock up. Even if you don’t, audiobooks are a whole new way to enjoy great fiction.