Here at WMG, we publish a lot of fiction. You loyal readers know that. So, in honor of Memorial Day, I’d like to highlight some of our fiction that features characters involved in military action, either on the front lines or serving in some other capacity, either before, during or after a war.

First up, is one of our Fiction River volumes featuring military sf short stories: 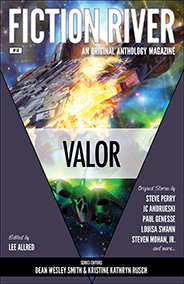 This volume of Fiction River celebrates the bravery and courage beating within the human heart.

Next is a novel featuring one of Dean Wesley Smith’s most beloved characters: 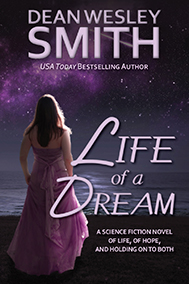 Another image another caption

Life of a Dream by Dean Wesley Smith

Brian Saber and Dot Leeds constantly must leave their nursing home rooms and their aging bodies to fly across known space to save the Earth and the Earth Protection League.

They love the job, they love feeling needed.

But in the end, will being needed be enough?

A novel of hope and a future that will leave you smiling and wishing you could join the Earth Protection League, when you get old enough.

And, of course, who could forget the most recent novel in the popular Diving Universe: 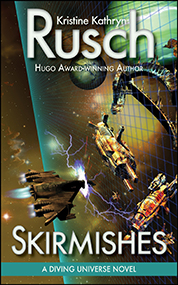 Last, but certainly not least, we have a short story that you can read for free this week on the author’s website: 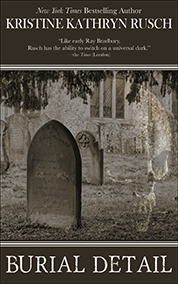 The battle ended ten months ago, the war ended two weeks ago, and still the battleground remains a dangerous place—at least for one man. A man who sees everything, and can say nothing. A man no one else notices. A man who must bury the dead in order to remain among the living.

So, be sure to remember our real-life heroes this Memorial Day and enjoy these fictional ones.