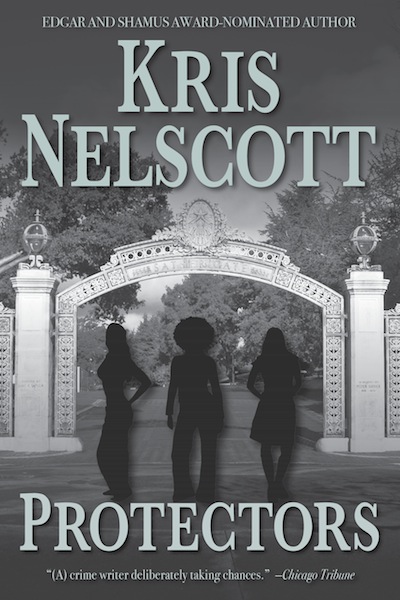 Available from:
Amazon
Kobo
and many others.

Three Strong Women Protecting Their World, One Person at a Time.

A former combat nurse, a former legal secretary, and the owner of one of the first women-only gyms form an unlikely alliance in this fast-paced and riveting new work by the acclaimed historical mystery novelist Kris Nelscott.

The novel opens on the day of the Moon landing, July 20, 1969, two years after the Summer of Love changed Berkeley forever, and left lots of broken teenagers in its wake.

One of the first (if not the first) women-only gyms in the nation and the start of the Women’s Self-Defense Movement bring June “Eagle” Eagleton, Valentina “Val” Wilson, and Pamela “Pammy” Griffin together.

They never intended to face the kidnappings and murders of college students. But no one else paid attention.

An amazing trip into the experiences and lives of 1969 Berkeley told with riveting attention to detail. A read that will keep you turning pages into the late night and shock you at the same time.