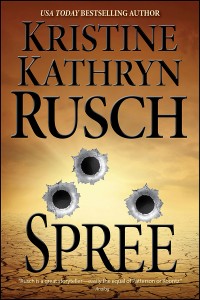 Two days ago, Moira escaped the Midwest with Kasey and her Barbie doll in the back seat of a beat-up van. Now, on sun-drenched Highway 95 in nowheresville Nevada, she wonders if she escaped at all. The residents of Hawthorne, one of the few towns in the desert and her ultimate destination, use bombshells as lawn decorations. She thinks Hawthorne marks the end of her trip; instead, it marks the beginning of one strange and scary adventure, one she and Kasey need to survive.

From a funeral procession in Asia to an ancestral estate deep in the heart of a vaguely Victorian forest to a carriage accident in the vast universe of The Runelords, Unnatural Worlds takes readers on a journey to the far side of the imagination. Funny, heartbreaking, frightening, but most importantly, memorable, the original stories in this anthology go places few writers dare reach. Unnatural Worlds marks the perfect start to this brand-new anthology series.

Benjamin Franklin said: “In this world nothing can be said to be certain, except death and taxes.” I’d add one more thing to that list: change.

No matter how hard we try, the world will shift on us. Sometimes for good, sometimes for bad, but always for certain.

I think about this a few times a year: at the start of school, at the beginning of the year, and at tax time.

Every year at tax time, my accountant gives me a two-page, single-spaced, small-font checklist to indicate what aspects of the tax code he’ll need to accommodate as well as any changes from the previous year. Did I get married? (well, no, that would make me a bigamist), divorced? (not this year), further my education? (I think a master’s thesis was enough—at least for now), have a child? (I’m fine with one, thank you), sell property? (sadly, I bought my home at the top of the market, so I’ll die there), and so on.

Writers often face a lot of hard questions and possibilities for change. This week, we have a building full of students who want to develop their use of character, voice and setting in their writing. That’s seeking change in order to enhance a skill. They also have the opportunity to write a story for an upcoming Fiction River anthology. That could change them from unpublished writer to published. Or maybe add a new genre to their list of published stories.

Pursuing a writing career can be one of the scariest life choices out there. Sure, most people think they have a book in them. (Don’t believe me, just start telling people you’re a book publisher…) But the idea of actually pursuing that dream? That’s a hurdle most people won’t clear. And even if you do clear it, the hard work has only begun.

It’s one of the reasons the workshops WMG offers are for advanced writers only. But I occasionally find myself in the position of giving advice to new writers. I don’t do this often—as a hard-news journalist, I naturally shy away from giving an opinion. But when someone I have a connection to already asks, I’ll consider it.

Recently, a fellow high school alumnus wanted to bounce a book idea off me. I try very hard not to roll my eyes when people approach this topic—like I said, just about everyone has a book idea—but this person was referred to me by my sister (thus clearing the first test as a reliable source) and had a history of perseverance and an inspiring true-life story. Like I said, I’m a journalist, so he had my attention.

He proceeded to run his story pitch by me. It was a beginner’s pitch, as I suspected, in the utopian/dystopian science fiction genre, with an ecotopian fiction bent. But it had meat, and it showed he’d been mulling it over for a while. It also showed promise in that he was naturally doing some of the things that serious writers do, such as outlining and the like. But he didn’t think he should write it. He was asking for advice on how to get the idea into a screenwriter or ghostwriter’s hands.

And this is where my advice began. I encouraged him to write it himself. He thought he couldn’t possibly have the skill to do it, but I pointed out that the hard part—the conceptualization, the organization, the motivation—he had in spades. The rest is learning to refine that vision. Learn the craft. Apply the craft. See what happens. Repeat as needed.

I hope he does write it himself. Because sometimes finding the courage to follow our dreams is the biggest change we can make. 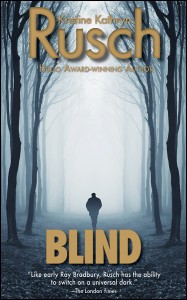 When they were boys, Scott and Richard went into Felton Woods in the middle of the night and took pictures of a mysterious phenomenon, it changed their lives. Scott went to MIT and used his science background to become a crash site detective. Richard married too young and had three children, never leaving Seavy Village. Now Richard has died in Felton Woods, and his daughter Stacy wants to know why. Scott investigates, but what he finds will change everyone’s lives—again.

What happens in a secluded location where the occasional passerby might catch a strange sound or two?

Oh, and no batsuits are involved.

It’s the in-the-works production of the audiobook version Fiction River: Unnatural Worlds. (I know what you were thinking and we’re not going there…)

The making of an audiobook can be a strange and solitary thing what with the need for a dead room and a distinct lack of plosives. Don’t know a plosive from a pineapple? Try on a few for size (hint: they start with p.) Penelope Potter pimps puppies on the plaza. Priscilla piles pizzas on Paul. Pansies pale in the… okay, I’ll stop.

Fortunately, Fiction River will not be the work of a single narrator. We’ve got a full cast busy voicing the twelve wonderful stories that make up the first volume and hope you’ll give us a listen.

Meanwhile, we thought you might enjoy some of the, um… more creative… moments from the studio. No ears were harmed and there may have been some gargling of honey bears. If you really want to—go ahead and wear your batsuit while you listen—but only if you promise to send pictures.

When your day begins with your two-year-old daughter happily pirouetting around the room, it’s hard not to smile.

Apparently, all it takes is a pink tutu to transform my child into a prima ballerina. Spinning and twirling, grinning from ear to ear, she performed for me, her dollies, the cats, the mirror, anyone she could get to watch. I still marvel at the simplicity with which toddlers embrace imagination. She wasn’t just pretending to be a ballerina. She was a ballerina.

As I discussed this start to my day with my colleague Steph from Ella Distribution, the conversation shifted to one of our favorite shows, The Big Bang Theory, and the concept of wanting to be a “pretty, pretty princess.” From Sheldon buying Amy a tiara to the girls getting made up as Disney princesses at Disneyland, the show occasionally dips into the secret desire of many a girl’s heart: to harness that fairy tale feeling of joy.

Tutus and tiaras aside, however, we all look for a way to escape to a fantasy world. Perhaps in yours, you’re a clever detective solving crimes no one else can solve. Or maybe you’re a hero who protects the world from harm. Or possibly you’re just living a simpler life with your one true love.

We all have our modes of escape. It’s what helps us deal with the demands and the drudgery of everyday life.

And it’s why I love fiction. I assume you do, too, if you read this blog.

Through fiction, we can live out not one fantasy life, but many. We can be a Fey warrior one day and a Retrieval Artist the next. We can find out what it would be like to date Robin Hood or a superhero. Heck, we can even be princesses.

And that’s the precious gift these fiction writers give us day in and day out. They create not only alter egos but also alternate universes, mythical creatures, you name it. Through their writing, we can romp through history, warp ahead to the future, or visit a different present.

And if that’s not enough to keep you reading, try this concept on for size. Where else can you get a vacation without leaving your home and for less than the cost of a night out? Imagine, dozens of vacations a year without needing to take time off of work or spend a small fortune.

Now that’s an idea worth fantasizing about.